Extracting cannabinoids at scale: how chromatography is paving the way for pure compounds

Therapeutic use of cannabis is a growing industry increasingly accepted by the medical community and general public — but that growth may be stopped if biopharma companies lack reliable methods to extract and purify potentially useful compounds from the plant. Tadas Laukaitis, Head of Production at Sanobiotec, has shared his insights on why chromatography could bridge the gap hindering the progress and why it plays such an important role in purifying compounds at scale. 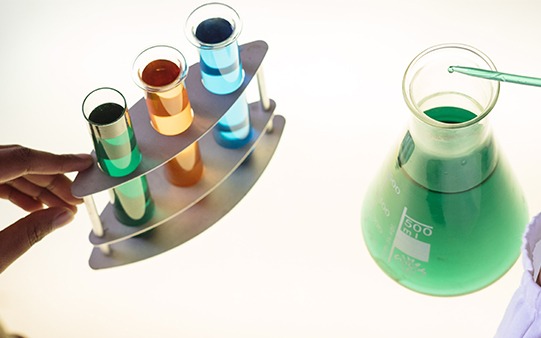 The industry’s progress depends on the efficient purification of specific compounds from cannabis, like cannabinoids and terpenes. These compounds have generally been isolated mechanically or chemically using ethanol or hydrocarbons to aid in extraction. Now, scientists and pharmaceutical companies are increasingly focusing on chromatography, a laboratory technique for isolating components from mixtures.

Supercritical carbon dioxide (CO2) chromatography (SFC) works well for isolating cannabinoids, as it ensures efficient separation and potentially high loads and operating volumes. According to Todd Palcic, president of Thar Process and provider of CO2 extraction and purification solutions for Sanobiotec, SFC is a sustainable technology that saves 90% of the solvent compared to conventional liquid chromatography, and it saves even more in comparison with flash chromatography, often used in the natural products’ industries including delta-9-tetrahydrocannabinol (THC) remediation from hemp extracts.

Laukaitis emphasized that SFC requires low-key maintenance, has various applications for different compounds and excels at longevity. These properties are the main reasons behind its extensive use at Sanobiotec, as it is indispensable for obtaining the highest quality products. “We use supercritical fluid chromatography to separate not only natural cannabinoids but also synthetic or semi-synthetic cannabinoids from reaction mixtures,” he said.

Hemp distillate yields natural fractions of CBD, THC and minor cannabinoids, which can be further refined to produce CBD isolate or natural, THC-free distillate. Also, the higher THC-containing fraction is suitable for use in chemical synthesis reactions. This way, the obtained chromatographic fractions are used productively and qualitatively, and solvents are easily recovered and used in subsequent chromatographic processes.

Reaction mixtures of synthetic or semi-synthetic cannabinoids obtained during chemical synthesis are rich in compounds that must be removed to obtain high-quality products.

“Chromatography enables us to obtain high-quality cannabinoids of purity reaching >98% or even >99%, therefore it is important to fully develop the chromatography method, as only then we can achieve high operating volumes,” Laukaitis said.

Laukaitis pointed out that, thanks to detailed SFC parameter control, different separation methods have been developed for each purified cannabinoid, thus achieving the best qualitative and quantitative separation efficiency of the compound. “With the continued rapid development of experiments on the chemical synthesis of other cannabinoids, chromatography will become an indispensable part of our purification process helping to create products of the highest quality.”

He also notes that extracting high-purity cannabinoids at scale could accelerate research and application of cannabis-based products. Further commercialization will act as a springboard to developing novel, high-quality and scalable solutions, consequently opening new prospects for the entire market.