Natural vs Synthetic: Do ‘green’ cannabinoids always come out on top?

Synthetic cannabinoids are often regarded as a lower-quality alternative, but often they surpass natural compounds in terms of product quality and purity, Professor Edvinas Orentas, head of research at Sanobiotec, argues here. 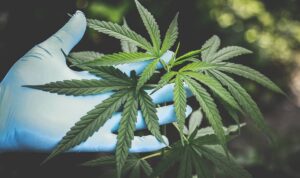 The widespread notion about the superiority of natural products in terms of health benefits and safety, and commonly held attitude that ‘Natural = good’ and ‘synthetic = bad’ are often exploited in advertising behind such labels as green or organic.

In reality, however, natural products may not always be worth the hype.

With the ever-increasing popularity and assortment of cannabis sativa derived extracts and compounds, as well as a large number of suppliers entering the market every year, more careful consideration of the quality of these products is required.

Most common pollutants – in arable lands

The most common environmental pollutants bearing the greatest impact on human health are relevant to agriculture: polychlorinated compounds such as derivatives of dioxins or biphenyls, herbicides, and pesticides, among which glyphosate is the most notorious representative.

The sources producing these contaminants are, in fact, abundant. The major identified contributors of chlorine-containing compounds include combustion, metal smelting, refining and processing, various types of industrial manufacturing, or even natural sources and environmental reservoirs. Pesticides, on the other hand, are inevitable in modern large-scale agriculture to maintain the required level of crop productivity and food supply.

The possible contamination of the environment and the risk associated with possible entries of these persistent pollutants into the food chain has raised great concerns about their impact on well-being.

Indeed, multiple recent studies focusing on the toxicity of dioxin-like compounds indicate their carcinogenic effect. They are also associated with an increased risk of type 2 diabetes and other diseases.

Moreover, since dioxins are poor substrates for most of the enzymes, they are poorly metabolized and eventually accumulate in adipose tissues resulting in a remarkably long half-life of up to 15 years.

Although most of the approved pesticides and herbicides used in agriculture are regarded as generally safe at low concentrations, their overall spread in the environment and food is also strictly regulated in order to prevent long-term exposure and possible impact on health.

The control of dioxins in the environment is further complicated by multiple sources and modes of their release. Often produced during the combustion of waste or fuels, they are spread over large distances before getting washed down by rain. Even the remote areas regarded as clean of industrial pollution and used to grow organic food might eventually become contaminated.

The initially low levels of dioxins are further amplified in the animal food chain, whereas in plants they are absorbed through roots or leaves. Unlike in animals, the concentration of these compounds in plants generally remains at levels too low to pose any danger to the consumer, however, the situation might become worse in the case of natural isolates due to the peculiarities of the manufacturing procedure.

“One should not forget that when the products are isolated from plants using the extraction process, the material gets concentrated thousand-fold, as do all the impurities. If no additional precautionary measures are taken, the concentration of harmful pollutants thus might well exceed the safety threshold,” says Prof Orentas, head of research at Sanobiotec.

Ironically, the often-discredited synthetic compound might be, in fact, much safer compared to the one coming from fully natural sources.

“Of course, it is impossible to fully replicate natural mixtures consisting of many constituents by combining synthetic components because the full composition of the former is either unknown or too complex,” he continues.

However, for pure compounds, synthetic analogues are preferred. In fact, the majority of pharma companies are choosing synthetic components over natural as the quality of lab-made material is easier to monitor and reproduce. When adhered to good manufacturing practice, synthetic compounds are ultimately safer.”

Precautionary measures in the production process

The large disregard for possible contamination of natural products by manufacturers comes with no surprise. The constant screening of production for pesticides or dioxins requires expensive, sophisticated and highly specialised analytical set-ups, whereas outsourced analysis is also very costly.

“This is why we developed our equipment and implemented an extra purification procedure specifically designed to substantially reduce these contaminants in the extraction products,”  says Prof Orentas.

“We cannot simply rely on chance that all these impurities are below the threshold and therefore, each batch is quantitatively tested.”

Consumers should be aware that due to the risks these contaminants present, all natural cannabinoid products on the market should be analytically tested.

Otherwise, one should avoid products for which detailed COAs (certificates of analysis) including the quantitative results of the aforementioned impurities cannot be provided.