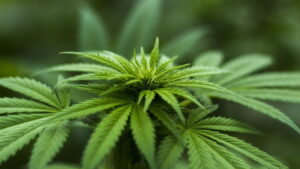 CBC was one of the first cannabinoids to be isolated from the cannabis plant, along with tetrahydrocannabinol (THC). At the time, it was thought CBC was naturally abundant in cannabis. However, advances in chromatography revealed that the concentration and properties of CBC were largely misunderstood as it was often isolated in complex with cannabidiol (CBD).

“CBC was called a ‘major’ cannabinoid on account of its abundance. Then researchers realized that all those years they were detecting a CBC-CBD complex. In reality, CBC only constitutes about 0.2% dry weight of a typical plant. Since then, it has been reclassified,” reported Rytis V. Urbonas.

CBC has been explored for use as an antibacterial, acne medication, and migraine therapy. The compound has demonstrated significant potential as an antidepressant. Like CBD, CBC also inhibits nociceptive signaling – the mechanisms that control pain arising from physical injuries. Subsequently, the compound has been validated in reducing inflammation-induced hypermotility in the gastrointestinal tract. “The unique advantage is the specificity of CBC. While it ameliorates intestinal motility, It does not disrupt the natural passage of food. Thus making it a viable candidate for inflammatory bowel disorders,” explained Mr Urbonas.

Despite its impressive catalog of benefits, CBC still remains underexplored. “In addition to clinical research, it is equally important to streamline manufacturing methods. A purified component is essential to ensuring the safety of the user,” stated Urbonas. “However, due to the similar physical properties of CBC, CBD, and THC, their separation can be quite challenging.”

That said, Sanobiotec has recently refined a process to access CBC at purity and scale previously inaccessible. The increased availability of the compound paired with its long-list of potential benefits could mean that CBC may soon enter the market as a viable drug candidate.

“Cannabichromene is one of the most sensitive cannabinoids of all spectrum, while its oil physical state narrows the selection of purification techniques, making it a real challenge to produce at large scale,” explained Urbonas. “Light, temperature, or even changes in pH can harm product quality by turning it to a dark tar or isomerizing it to other cannabinoids. It took us plenty of experiments, keen attention to detail, and deep technical knowledge; now, we are excited to finally present the market with the highest quality CBC and at scale.”

As the global focus on THC and CBD is shifting towards minor cannabinoids such as CBC, researchers, as well as consumers, are starting to pay closer attention to these compounds. This, in turn, can increase the demand for their production at scale, which Sanobiotec will now be ready to meet.