The Power of Synthetic Cannabinoids and Why Big Pharma Prefers Them 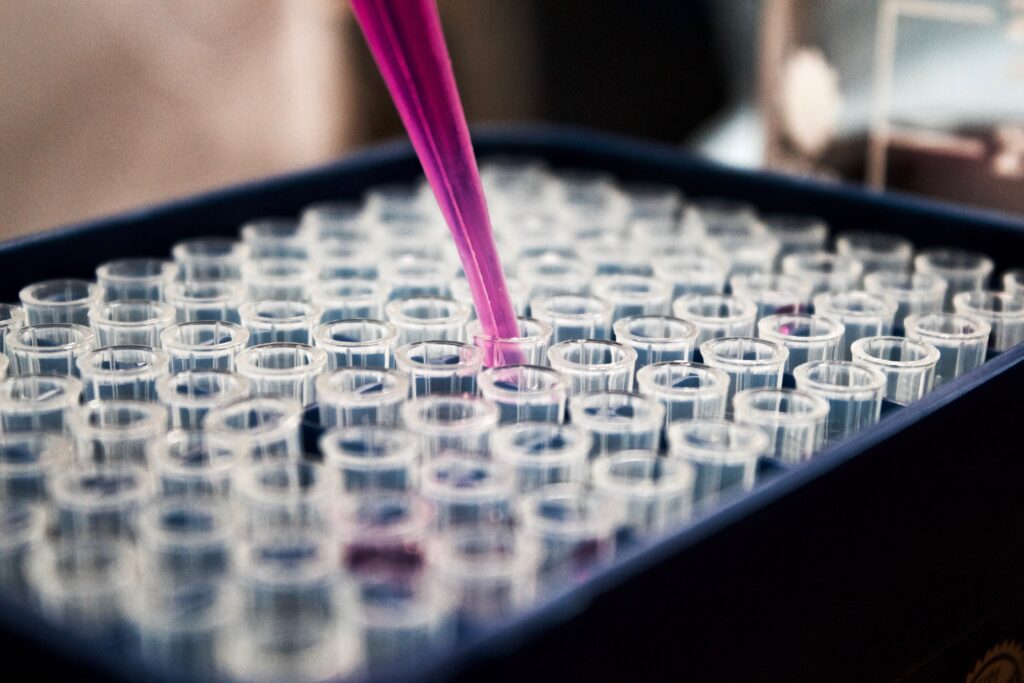 How did you get involved in the cannabis industry?

Professor Edvinas Orentas: Quite accidentally. I was contacted by my colleague asking me to join a newly established company (Sanobiotec) and to help develop a research and development (R&D) department for natural product synthesis. I responded positively, largely driven by the possibility to apply the know-how from the academia world to a meaningful practical context and also to contribute to the creation of inspiring environment for young researchers graduating from the university and seeking for industrial career. So far, it has been an inspiring experience that enriched and educated me in multiple ways.

Can you tell us a little bit about Sanobiotec?

Orentas: Sanobiotec is focused on researching and developing a broader range of cannabinoid applications across pharmaceutical and wellness industries, including both mainstream and rare cannabinoids. A major part of our work revolves around combining the capabilities of synthesis, biosynthesis, and natural extraction which enables the development of optimal production methods for each compound, leading to high-quality products. We operate in a state-of-the-art European Union (EU) good manufacturing practices (GMP) compliant facility, which consists of a cutting-edge synthesis lab, CO2 extraction and purification facility, and an analytics laboratory.

What are “natural” and “synthetic” cannabinoids? Is there a distinct difference between the two?

Orentas: The natural cannabinoids are typically defined as the ones separated from natural sources, in this case the C. sativa plant and all the variations of the species. The fully synthetic cannabinoids are made in the laboratory from scratch, using simple chemical precursors via a multistep process called chemical synthesis. In special cases, you might as well have semi-synthetic cannabinoids, where the starting material comes from the plant and is further elaborated in the lab to another compound.

Synthetic cannabinoids are often viewed as “low quality,” do these cannabinoids surpass their natural counterparts?

Orentas: The “low quality” is not an intrinsic property of neither natural nor synthetic cannabinoid. It merely describes a material that has not been purified properly. At the molecular level, there is no difference whatsoever between a synthetically produced and a natural cannabinoid.

Do you see a stigma surrounding synthetic cannabinoids? If so, how do you overcome it?

Orentas: I see a stigma surrounding all synthetic materials, not only cannabinoids. It is a part of a general phenomenon, known as chemophobia. All artificial chemicals are often subject of demonization, considered being inferior to natural counterparts or even harmful. This ungrounded assumption might have truly devastating consequences. People tend to accept all bioactive natural compounds as perfectly safe and show little concern in using various extracts or teas in large amounts. Ironically, the most toxic compounds known to human are natural, not synthetic. The misconception of natural versus synthetic is further enhanced by various environmental movements (which, by itself, is not a bad thing) and marketing tricks, resulting in such absurdities as chemical-free products.

The best way to fight back this phobia is with education, preferably starting with high school students, explaining the concept and properties of molecules in a comprehensible way. Educating consumers to make smarter, scientifically-based choices, and putting more strict regulations on product labeling might be effective measures as well.

Are environmental factors such as pollutants and pesticides more commonly found in either cannabinoids?

Orentas: Contamination with pesticides is almost always a concern with natural cannabinoids. They enter the plants from the environment and get amplified thousand-fold during extraction process. These impurities are not typically found in synthetic analogues, as long as sufficiently pure chemicals are used in the synthesis process.

Orentas: The extraction is an essential process for purifying both natural and synthetic cannabinoids. For extracting natural cannabinoids, very often supercritical CO2 is used as a solvent. This solvent has many advantages, including low toxicity and ease of evaporation. In case of synthetic cannabinoids, extraction process is used throughout the whole synthetic sequence, typically using organic solvents. This necessitates a thorough quality check to precisely monitor the residual amount of the solvent. However, the same strict quality requirements apply for natural cannabinoids as well, since organic solvents are used for final purification step via crystallization.

What advantages are there to using synthetic cannabinoids? Are there disadvantages?

Orentas: Synthetic cannabinoids can be produced on a large scale, starting from relatively simple and cheap commodity chemicals. In this way energy, labor, and land-intensive planting process is omitted. In addition, the quality and the yield of the material is more reproducible and is not a subject to seasonal variations or above-mentioned contamination with pesticides. Unfortunately, for some cannabinoids of very complex structure, there is a lack of efficient synthetic methods or the synthesis is economically unfeasible.

Why does the pharmaceutical industry prefer using synthetic over natural cannabinoids?

Orentas: The chemical synthesis based on a well-developed and robust method is highly reproducible and most of the possible impurities are well-known and traceable. The risk of biological contamination is also greatly reduced using fully synthetic compounds, especially those of GMP-grade.

Is there a disregard to GMPs when using natural cannabinoids?

Orentas: Well, GMP is not a requirement for every product containing natural cannabinoids, unless it is used in very sensitive experimental set-ups, such as clinical trials. Also, it cost a fortune to implement GMP protocols, and not every company can afford it.

Are synthetic cannabinoids analyzed more than natural versions for impurities?

Orentas: In my opinion, the same strict requirements on quality control should apply for both materials. In addition, contamination with pesticides is more likely to occur in natural cannabinoids.

Are there different testing standards for natural and synthetic cannabinoids?

Orentas: Essentially, we are analyzing the same molecule, therefore the procedure and testing standards should be the same.

Are there any forms of regulation or legislation that affect your work?

Orentas: Surely, some of the cannabinoids belong to a special list of regulated substances, and all procedures that involve hemp processing in the company are subject to approved state regulations. Hemp processing can only be done for scientific purposes in Lithuania.

That said, it may be a good time to review some of the regulatory requirements, to better reflect the latest scientific research. Currently, cannabinoids are positioned under Schedule I controlled substances, which are deemed as addiction-inducing, which is not the case with these compounds. Given the possible health benefits of cannabinoids, reclassifying them may propel research going further.

Is there anything that you would like to see change in the future for the cannabis industry?

Orentas: The market is getting saturated with some cannabinoids, especially cannabidiol (CBD), and as a chemist, I think we are in a perfect position to start exploring them as starting material for further structural modifications. The chemical space of possible derivatives is enormous and I’m sure thrilling discoveries are in front of us.