It is hoped that the pure ingredient will open up new research prospects for pharma, wellness industry, and other market players.

Tetrahydrocannabivarin (THCV), a naturally occurring minor cannabinoid, has gained major attention in the cannabis industry as a medically relevant compound with a wide range of applicability prospects.

Sanobiotec has announced the synthesis of pure and stable THCV. In doing so, Sanobiotec joins a minor group of players in the cannabis production market who have successfully produced THCV.

THCV is a structural analog of THC, the primary psychoactive component of cannabis. However, unlike THC which functions by activating CB1 and CB2, THCV functions as a *neutral
antagonist. 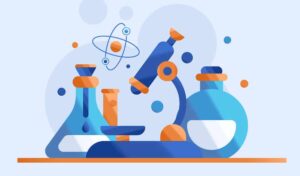 Sanobiotec CEO Rytis V. Urbonas explains: “At low doses, THCV competes and displaces other molecules to inhibit CB1 and CB2, but at higher doses, the compound works to activate CB1. It is
this unique mechanism that sets it apart in the cannabinoid repertoire,”

Furthermore, the impact of the molecule is purported to extend beyond the endocannabinoid system.

“The compound incites novel antipsychotic effects by enhancing the binding capability of 5HT1A receptors. Consequently, the compound has rapidly gained interest as a treatment for Schizophrenia,” reports Mr Urbonas.

In fact, it can differentially bind to GPR55 and TRPV1 as an antagonist or agonist depending on concentration thus triggering complex metabolic pathways that are characteristically different from cannabinoid receptors, suggesting potential therapeutic effects that are not usually attributed to cannabinoids,” he adds.

THCV has been explored for the treatment of multiple diseases. The compound has demonstrated efficacy in pre-clinical studies as an anti-inflammatory, anti-psychotic and neuro-protectant. Unlike its appetite stimulant counterpart, THC, THCV decreases appetite, induces satiety, and enhances metabolic rate, thus making it a viable candidate for weight loss.

The compound has also been successful in inhibiting L-DOPA induced tremors in Parkinson’s disease. Preliminary evidence from rodent studies also suggests a potential use of
THCV in treating nicotine addiction and dermatological conditions.

“As cannabinoids have a lot of medical benefits to offer, it’s a boon for scientists in terms of research prospects,” says Rytis V. Urbonas.

Rimonabant, an inverse agonist and selective antagonist of the CB1 receptor was one of the pioneer drugs to be developed in this arena. Approved for the treatment of obesity in 2006, the drug demonstrated significant blood sugar and weight reduction in obese patients.

As the global cannabis market focused on THC and CBD, a lot of rare compounds were left undiscovered. The discovery of THCV, one of the unique compounds found in the cannabis plant, has unlocked avenues for novel therapeutic uses.

THCV is a rare minor cannabinoid, found only in some strains of the cannabis plant. As a consequence, very few producers have been successful in obtaining a substantial amount of product.

In developing a stable and pure THCV, Sanobiotec now fills a critical gap in the cannabis market. The company is uniquely positioned in the market owing to its proprietary manufacturing processes which allow for optimal scaling-up at high-level efficiencies.

“At Sanobiotec we have been successful in assembling a resourceful and hardworking team who have applied pharma-grade R&D in facilitating efficient cannabinoids production,” states Mr. Urbonas.

“Our THCV, which is now in its final stage of development, facilitates commercialisation of this unique compound in a scale previously inaccessible. Commercialisation, in turn, drives interest and funding in clinical research. So we might find more novel uses for this compound in the next decade,” he notes.