The Budding Field of Cannabis Pharmaceuticals

Positive regulatory developments are aiding the growth of the cannabis pharmaceuticals market, but more clinical data are needed to break the stigma and bring science to the fore. 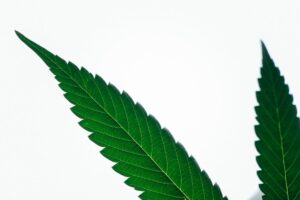 “There are several layers of regulatory challenges for those wishing to research cannabis-based pharmaceutical drugs in the European Union [EU] and United Kingdom,” says Stephen Murphy, co-founder and managing director, Prohibition Partners—a cannabis market intelligence firm. “To begin with, obtaining funding for research on controlled substances can be difficult and may deter researchers from even entering the field.”

Additionally, Murphy continues, there are licensing issues within most countries as cannabis is considered a controlled substance, which adds to costs and increases time for research. “Where groups do successfully obtain all necessary licences and materials and carry out tests with cannabinoid drugs; there is the issue that not all EU states are harmonized on cannabinoid containing drugs,” he adds.

For Rytis V. Urbonas, chief executive officer, Sanobiotec, the basic regulatory framework governing cannabis-based products, provided by the United Nations, have not seen much improvement in over 50 years despite scientific data that has been collected during that time. “EU legislation covers only medicinal products that have been authorized as drugs, whereas magistral and officinal preparations (cannabinoid-containing products without marketing authorization) are left to each member state,” he says. “This uneven regulation is the most challenging drawback, which leads to slow market progression and, most importantly, limits treatment availability for the patients.”

The only drug that has achieved EU-wide approval by the European Commission is a cannabidiol—Epidiolex, GW Pharmaceuticals—confirms Murphy. The cannabidiol oral solution is approved for the treatment of seizures associated with Lennox-Gastaut syndrome (LGS) or Dravet syndrome in conjunction with the use of clobazam, he states.

“Very few cannabis-based products were already made available for medicinal use before rescheduling of cannabis based-products in 2018,” says Fagundes. “Currently, nabiximols (Sativex, GW Pharmaceuticals), a complex botanical mixture formulated in an oral spray derived from the cannabis sativa plant, is licensed for the treatment of spasticity (muscle stiffness/spasm) due to multiple sclerosis in over 29 countries. It is an endocannabinoid system modulator containing delta-9 tetrahydrocannibinol (THC) and cannabidiol (CBD) in a 1:1 ratio, as well as additional plant-derived cannabinoid and non-cannabinoid components.”

Other cannabinoid products approved for medical use in some EU countries and not others include dronabinol (Marinol, C3) and nabilone (Cesamet, Valeant Pharmaceuticals), comments Urbonas.

Recently, there have been several important developments for cannabinoid regulation, asserts Murphy. “The first was the ruling by the EU Court of Justice (2) that CBD is not to be considered a narcotic substance under their interpretation of the 1961 UN Convention on Narcotic Substances,” he says. “This could mean less restrictions on the handling and eventual marketing of CBD in pharmaceuticals in the near future.”

Next steps for the EU should be a clear distinction between cannabis and its components that are not psychotropic, states Urbonas.

A further positive development was a decision from the UN Commission to remove cannabis and related substances from schedule IV, which is a reclassification out of the most dangerous category (3). “This rescheduling was done on the recommendation of the World Health Organization (WHO) in part to lower the barriers to researching cannabinoids and developing cannabinoid therapeutics,” continues Murphy. “This will hopefully prompt European regulators and funding bodies to encourage more research into cannabinoid pharmaceuticals.”

WHO’s recommendations were the outcome of a review process conducted by the Expert Committee on Drug Dependence (ECDD) and provide appropriate direction towards the correct scheduling process of psychoactive substances within the international drug conventions, explains Fagundes. “The recommendations are also based on the growing evidence of medicinal applications of cannabis-based drugs, which have an excellent safety profile,” he says.

Concurring with Murphy, Fagundes also believes that the rescheduling of cannabis represents an important step forward and could pave the way for more research into medical cannabis. “As more member states permit the use of cannabis for medical and non-medical purposes, more evidence is emerging, and even more is expected to come about their health and wellness effects,” he adds. “That is why it is so important to have as many member states on board with relaxing their national/local regulations as they come in alignment with other states who are supporting and creating the advantageous legal and regulatory framework needed to overcome stigma. From a regulatory perspective, this is also key as it helps remove barriers to access for medical cannabis-based products.”

Murphy predicts that there will be a market for both consumer-focused CBD and precise formulations of isolated or synthesized CBD, which have been tested in randomized controlled trials. “Right now, regulators are unsure of how to deal with the cannabidiol market and the market is awash with unreliable products and mis-advertisement,” he stresses. “However, governments are getting better at dealing with the problem.”

Usually, regulation lags behind the market, which is apparent with cannabinoids as there are already a broad variety of CBD products available as food products or active substances, comments Urbonas. “Quality and/or therapeutic value (for medicinal products) of the regulated products is assured and consistent batch-to-batch, as per applicable regulatory and quality requirements, which is not always the case with non-regulated products,” he says. “Therefore, the first step is to start educating the public about differences from the quality and regulatory perspectives of these products, so that the end-user would be able to choose the best quality product for its intended purpose.”

“The sector must play a key role in breaking the stigma surrounding cannabis products through science and education,” confirms Fagundes. An initial point of contact would be doctors, who need to be fully informed of the utility of therapeutic cannabis-based products as a pharmaceutical product so they can better advise patients, he states.

“There is a limited amount of scientific data available that supports and encourages the use of these products. There is a restrained number of randomized trials and, therefore, more large and rigorous clinical trials are needed to better understand the interaction with other medicines and explore dose-response,” Fagundes continues. “Only science can help to demystify these questions and enhance the therapeutic value of cannabis compounds.”

It is also important to convince patients of the fact that the benefits of synthetic and pharmaceutical-grade CBD products are the same as those gained from plant-derived CBD products. “Our own surveys of thousands of European medical cannabis users show that the ‘natural’ aspect of these medicines is highly valued (4). In many cases, people see cannabinoids as an alternative to conventional medicines,” emphasizes Murphy. “It may take considerable outreach and education to convince customers and patients that pharmaceutical cannabinoids have the same or better safety profiles and efficacies as plant-derived substances.”

Due to the infancy of the pharmaceutical cannabis space, with the legal and regulatory framework having only been set in recent years, Fagundes asserts it is difficult to fairly speculate on how the industry will fare in the coming years. “This new industry still needs to work hard on using the best of what agricultural and pharmaceutical industries have to offer, and gently combine these two,” he says. “This industry is still on the very beginning of its growing phase and we have already understood that political shifts play a major role on dictating the future of the Industry. However, in my opinion, we have the right products, technologies, and skill sets, which are required to ensure success in the industry.”

“The fact that the endocannabinoid system is one of the most densely developed biological signalling systems in the human body, and plays a role in many functions, suggests that we are far from utilizing the full potential of cannabinoid-based medicines,” declares Urbonas. “I believe that we will see at least a few new cannabinoid-based drug molecules, other than CBD, to be approved by the EMA [European Medicines Agency] and/or the US Food and Drug Administration in the next 10 years.”

In particular, Urbonas highlights the fact that minor cannabinoids are gaining attention and should be increasing in numbers in the near future. “There are more than 500 clinical trials completed or in progress with CBD and THC as drug candidates, yet there are only a dozen clinical studies with minor cannabinoids such as cannabinol (CBN), tetrahydrocannabivarin (THCV), or cannabidivarin (CBDV),” he says. “I believe that we are on the verge of understanding the scope of possible applications of these molecules and that this class of drugs has the potential to replace at least part of the opioid market, which has caused a lot of damage to our society, both socially and economically.”

For Murphy, there are several interesting trends that should develop in the pharmaceutical cannabinoid space. “There is sure to be a rise in the prominence of synthetic cannabinoids in the coming years,” he notes. “Already, deals worth hundreds of millions are being struck for the production of synthetic cannabinoids, such as the one between biosynthetic company Ginko Bioworks and cannabis group Cronos. Groups such as these are hoping to produce cannabinoids via synthesis with yeast, bacteria, or chemically. These groups hope to be able to scale production cheaper than can be done with plant derived medicines.”

However, Murphy reveals that the biggest opportunity for the cannabinoid space would be the development of a therapeutic that could effectively treat pain. “Estimates for how prevalent chronic pain is varies but is likely to be in the range of affecting one in five people in Europe and the United States,” he states. “The use of medical cannabis is already largely driven by the treatment of pain, as much as 69% of usage in Germany and 68% in the US. In order for this to become a reality, we may see the entrance of more established pharmaceutical players to the field … if and when larger pharmaceutical companies become convinced of the possibility of using cannabinoids for pain, we expect to see huge investment in the field.”

It is vital for the industry, as a whole, to address the reputation of cannabis products, emphasizes Fagundes. “For now, it´s an on-going process. Hopefully, we will see more information released from the scientific community that is thorough and peer reviewed,” he says. “With a new industry we see a lot of people and companies trying to set their position in the market and trying to thrive at any cost. It is also time to understand that it needs to be the science unlocking the secrets of cannabis.”

Felicity Thomas is the European editor for Pharmaceutical Technology Group.

When referring to this article, please cite it as F. Thomas, “The Budding Field of Cannabis Pharmaceuticals,” Pharmaceutical Technology Europe 32 (12) 2020.